Start a Wiki
The Zelda Demo, more commonly known as Zelda HD, is an official demo made to show off the Wii U's HD graphics with the controller and TV Screens at the E3 in Los Angeles 2011. It uses the graphical style from The Legend of Zelda: Twilight Princess, but in high definition, to show a fight between Link and Armogohma.

The demo is only a few minutes long, and the player cannot actually move the character or do any actions at all, besides switching the light on and off, switching the screen from the TV to the controller and switching camera angles.

The demo starts off with Link entering a cathedral-like room and looking around curiously. He turns around, quickly turns back around, and grips his sword. Suddenly Armogohma, a variation of Gohma, falls through the roof. Link gets ready for an attack and swings his sword a little. Armogohma wakes quickly up, and starts rolling around with her eye which is located at her back, when she spots Link she makes a sudden attack, but misses. Link starts running around the room to avoid her attacks. He stops and looks up at Armogohma, who then suddenly raises her legs and tries to attack Link once again. Link uses his shield to block her attack once again. He then takes his sword and hits her one leg, and sprints behind her, looks up at her back body, and discovers that she has a yellow dot, which seems she senses with. Armogohma sensed Link's presence behind her, and she jumps up and comes down to the ground, now facing Link. She strikes him, but once again is blocked by Link's shield. They look at each other and the demo slowly fades into the second phase, where it shows off the room in different angles, meanwhile there's a storm outside showing off different lightning effects caused by the storm and lightnings outside. Torches are also seen at the ground, lighting up the room even if the player decides to shut down the main lightning.

Moving the camera is a big thing so you can experience the demo even better, to move the camera around you need to use the joystick located at the left side of the Wii U controller.

The player has the choice of switching on and off the lightning so the player can experience how the shades work with and without main lightning. Torches are set all around the room so it can show off the real power of shading when the main lightning is dimmed or nearly gone.

The Zelda Demo was also used to show off how the graphics would look like on a Zelda game that was inspired by the Twilight Princess graphics and art style.

The room is filled with realistic HD textures, and everything is at the same level of definition. The spider shows off textures of how spider hair looks like, giving a stronger and more realistic feeling to the game, that you almost can feel that the spider is a real spider. Fairies and birds (Kargaroks) are seen flying around the room, showing off the particle animation.

In an interview with Wired magazine, Eiji Aonuma had noted that, despite Satoru Takizawa, art director of Twilight Princess, developing the technical demo, a Legend of Zelda game on the Wii U may have different art style, citing the differences and response gained from the Space World 2000 demo and The Legend of Zelda: The Wind Waker. 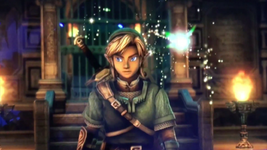 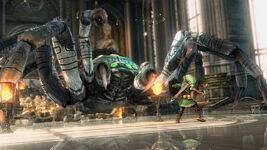 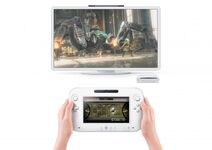 Add a photo to this gallery
Retrieved from "https://wiiu.fandom.com/wiki/Zelda_Demo?oldid=7029"
Community content is available under CC-BY-SA unless otherwise noted.