Start a Wiki
The Wii U is a home video game console created by Nintendo, and the successor to the Wii. It was released in North America and the PAL Region in November 2012. It is the first console from Nintendo to support high-definition graphics. It's primary controller is the Wii U Gamepad, which features an embedded touch screen.

The Wii U console is similar to the Xbox console in shape. It is capable of HD graphics. Its most notable feature is the Wii U gamepad. The system is backwards compatible with Wii games, Wii Remotes and Accessories, and you can browse the Internet using the console

The Wii U GamePad has a 6.2 inch touchscreen that is capable of HD graphics. The GamePad has the 4 traditional "A, B, Y, and X" buttons, a D-Pad and dual control sticks that act as buttons themselves. There are four shoulder buttons: The ZL and ZR buttons, and the L and R buttons. Also on the front of the controller are the start (+) and select (-) buttons. There is a stylus that is similar to the Nintendo DS' stylus, used for the touchscreen. This controller also has a home button that can suspend the game while you use the home menu, and a TV control button. The Wii U GamePad features an inner-facing camera, a microphone, stereo speakers, a sensor strip, a rumble system, accelerometer, gyroscope, magnetometer, a rechargeable battery and built-in flash memory to store data.

The TV control button can be used to control the television in several ways: Games can be displayed on the GamePad, instead of a television, a feature called Off TV Play, although you cannot move far from the system and not all games are capable of this. This can be used if someone wants to use the television while you're playing a game: You can continue playing with no problem. The button also allows the GamePad to be used as a universal remote to TVs and cable boxes, using a number pad that displays on the screen to type numbers. You can also adjust the volume and change inputs. This function can be used even when the Wii U isn't turned on. The inner-facing camera allows you to video chat with friends.

The Miiverse is an online universe to connect Wii U users all over the world, displayed as soon as you turn on the console. You will see Miis crowded around icons, representing whatever game they may be playing. You are able to display typed or handwritten messages in the Miiverse, or even while playing the game. Sometimes a message will ask "What is your mood?" if you die/fail a level, and you can write a message for other people to view who also failed that part (You can also see their moods too). Nintendo hopes to expand the Miiverse to the Nintendo 3DS, computers and Internet-enabled mobile devices.

The Wii U Chat is a pre-installed application that allows the use of video chat between two Wii U owners. It utilizes the GamePad's built-in camera. The video chat takes place on both the GamePad's touchscreen, and the TV screen.

In early 2011, the gaming magazine and site, Game Informer broke a story from a reliable source about a new Nintendo gaming console. Later, during an email picked up by gaming communities, Nintendo "announced" the new console codenamed "Project Café". Many features in the console were heard of before the traditional E3 announcement as rumors.

Nintendo is now creating the "Nintendo Network", which is similar to "Xbox Live" and the "Playstation Network". It will allow players around the world to connect. It is the successor of Nintendo Wi-Fi. Nintendo Network will be used on Internet-enabled mobile devices, computers, and Nintendo 3DS'.

The Wii U will be allowed to browse the Internet, and video streaming will be available through Amazon, Hulu Plus and Netflix. It also is able to run YouTube.

Wii U users will also be able to connect with Facebook and Twitter via the Wii U. 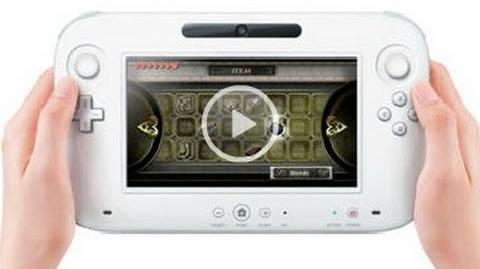 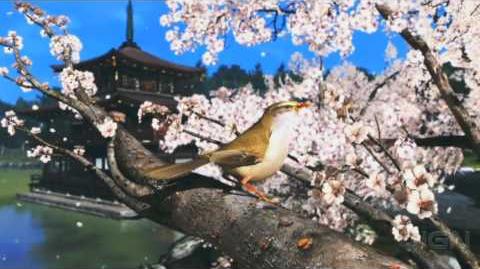 The prototype version of the Wii U GamePad.

Add a photo to this gallery
Retrieved from "https://wiiu.fandom.com/wiki/Wii_U?oldid=7076"
Community content is available under CC-BY-SA unless otherwise noted.