Mario, Luigi, Blue Toad and Yellow Toad are in Princess Peach's Castle to lunch together. Bowser suddenly arrives in his Airship, now with a giant mechanical fist, that smashes the brothers and the Toads towards the Acorn Plains. Mario and his friends crash into a tree, launching Super Acorns through the area. They see Bowser and the Koopalings kidnapping Princess Peach once again, and they go on a new adventure to save her one more time.

New Super Mario Bros U is a 2.5D side-scroller with playable characters Mario, Luigi, Blue Toad, Yellow Toad, and your Mii. The game would be able to run in native 720p at 60FPS. The game will feature normal Yoshis that you would be able to ride and Baby Yoshis that have a different ability each color (Purple, being Balloon Yoshi, Blue, being Bubble Yoshi, and Yellow, being Light Yoshi). Up to 5 players could play (4 on Wiimotes / 1 on the Wii U GamePad).

The gameplay is very similar "New Super Mario Bros Wii", but it has a special gameplay element that can only be done on the Wii U, If your using your GamePad to play, the gameplay is on the GamePad all the time, so if you have to get off the T.V., you have you can continue playing the game on the Wii U GamePad. Many Power-Ups in the game include: Mushrooms, Fire Flowers, Ice Flowers, and a new Power-Up, the Super Acorn (Acorn Mushroom), which can turn Mario and his friends into flying squirrels.

The game includes Green Rings, which are similar to Red Rings. When you go through them Green Coins appear, similar to Red Coins. All the worlds in the game, (except for the special world) are connected together in one big overworld map, much similar to Super Mario World, a game on the SNES. The names of the nine worlds in the game are: Acorn Plains, Layer-Cake Desert, Sparkling Waters, Frosted Glacier, Soda Jungle, Rock-Candy Mines, Meringue Clouds, Peach's Castle and Superstar Road.

Shigeru Miyamoto later announced that the Mario demo was going to be released as a full game for the system, and would be demonstrated in its revised form at E3 2012. The new game, titled New Super Mario Bros. U, was revealed at the event and was announced to be released alongside the Wii U console.

New Super Luigi U's multiplayer is included from New Super Mario Bros. U, however Mario is not present and Nabbit takes its place. As Nabbit, the player cannot take damage from enemies but cannot use any items, every item collected will be turned into a 1UP at the end of the stage. 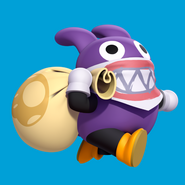 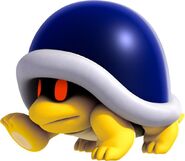 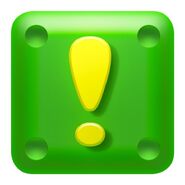 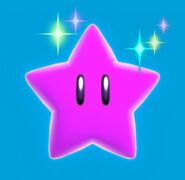 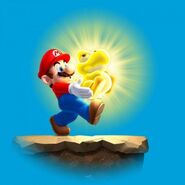 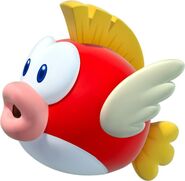 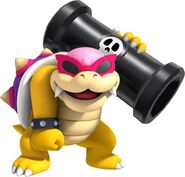 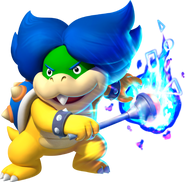 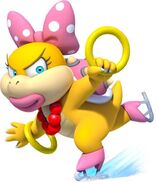 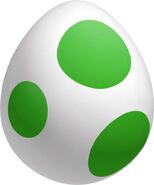 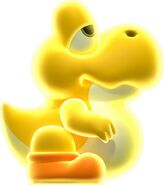 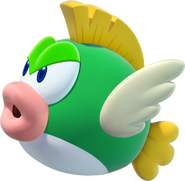 Add a photo to this gallery

Add a photo to this gallery

Retrieved from "https://wiiu.fandom.com/wiki/New_Super_Mario_Bros._U?oldid=6633"
Community content is available under CC-BY-SA unless otherwise noted.